No more language specific ISOs, there is only one.
Select appropriate language and keyboard at boot time.

As of this release, Mabox always ships the LTS kernel by default, this time linux 5.4.67
Most of packages comes from Manjaro Stable repository as of 2020-10-01.
Some packages comes from MaboxLinux repository.
Some changes:
– bashtop replaced by its faster, lighter and more featured succesor bpytop
– zensu (gtksu) replaced by yadsu
– Espanso – text expander added with addition of little jgmenu helper (W-A-e) 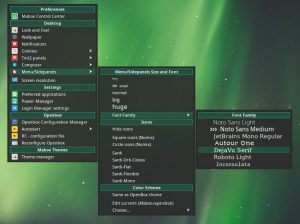 The side panels and the menu have received many improvements.
Now you can easily: 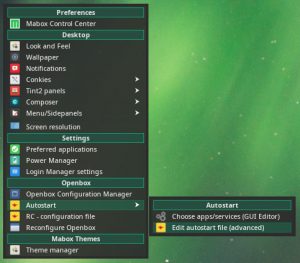 Autostart of most common services/applications can be managed by Mabox’s Autostartu GUI.
You can ebnable/disable for example: 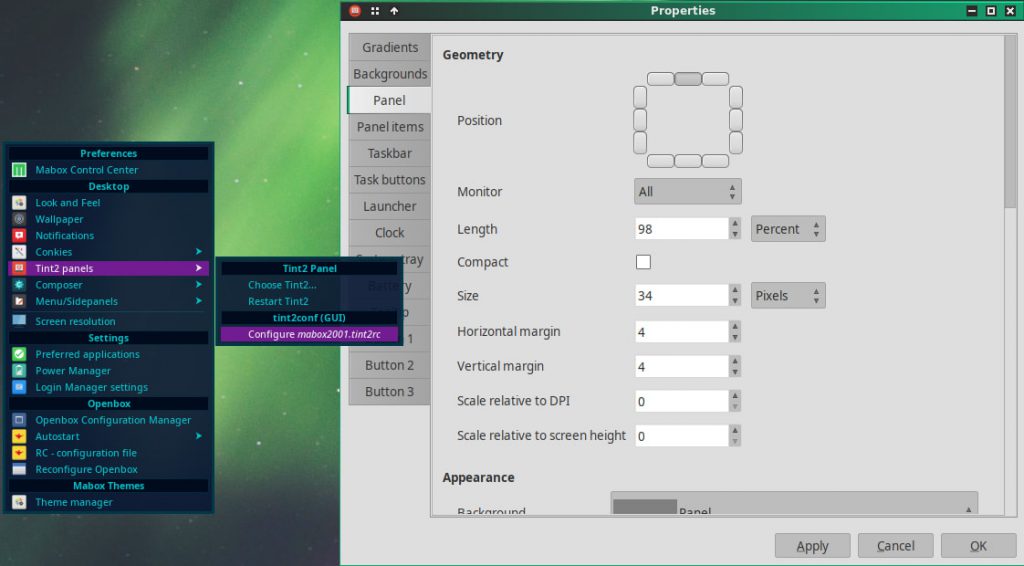 There a bunch of improved and brand new menus /helpers.